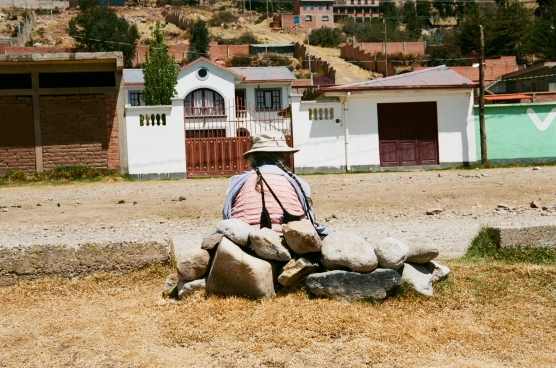 Double consciousness describes the ‘sense of always looking at one’s self through the eyes of others, of measuring one’s soul by the tape of a world that looks on in amused contempt or pity’ (Du Bois, 1994: 2). It is the result of one’s acculturation into a dominant discourse that ‘yields not true self-consciousness’ and supplants it with ascribed inferiority (ibid). W.E.B Du Bois’ The Souls of Black Folk was first published in 1903 and was immediately successful. His diagnosis of ‘problem of the Twentieth Century’ being ‘the color line’ proved correct and cathartic, as he became – along with Marcus Gravey – one of the inspirations of the civil rights and pan-Africanist movements. The relevance of Double Consciousness however is intersectional, informing the strife of all marginal groups. As such, it is crucial for contemporary ethnographers to understand and integrate its existence. Firstly, because the psycho-social tensions it entails will be ubiquitous in an increasingly globalized cultural landscape. Secondly, because its political origin cannot be ignored in virtue of objectivity and the ethnographer must learn to relinquish impartiality when necessary. Thirdly, because it affects the ethnographers themselves as anthropology too is the product of a circumscribed white-male-dominated history that women and people of colour have had to integrate despite ethical paradoxes. This essay will evaluate these three lessons with regards to race and gender, introducing the problematic space in the discipline through the case of W.E.B Du Bois as a native-ethnography, followed by an assessment of Davila’s ethnographic treatment of marginalized groups and the production of double consciousness and lastly, offering a larger reflection of anthropology’s faults and ambitions through Abu-Lughod’s discussion of the positional contradictions of the discipline.

Du Bois, of course, was writing with the “race question” in mind when he established the notion of Double Consciousness. As the producer of ethnographic content, his experience also split between that which he describes ‘yet there was among us a half-awakened common consciousness, sprung from common joy and grief, at burial, birth or wedding; (…) and above all from the sight of the Veil that hung between us and Opportunity’ (Du Bois, 1994; 41) and the reality of his status and Ivy-League education, to which he discourse sometimes corresponds, ‘I should be the last one to deny the patent weaknesses and shortcomings of the Negro people… It is possible and sometimes best, that partially undeveloped people should be ruled by the best of their strong and better neighbours’ (ibid: 106). This echoes and makes him subject to Fanon’s mention of the colonizer’s lens being adopted by the colonized, who came to see himself through it. However, he went a step further by articulating the desire to reach a new syncretic identity. ‘In this merging he wishes neither of the older selves to be lost. He would not Africanize America, for America has too much to teach the world and Africa. He would not bleach his Negro soul in a flood of white Americanism, for he knows that Negro blood has a message for the world’ (Du Bois, 1994; pp.2-3). This desire and its process is invaluable for anthropologists documenting the various predicaments ‘ensuing from transnationalism and the flow of populations and cultural goods (which) have not only opened possibilities for new pluralities and hybrid identities, but, most significantly, created new demands for establishing belonging’ (Davila, 2012:11).

Davila’s Latinos Inc examines the gearing of the Hispanic marketing industry with an eye to the disparity between their visibility on the one hand and lack of economic and political parity on the other, finding an abundance of identity negotiations midway. Double consciousness is found at all levels of identity production as Hispanic creative and advertising professionals are faced with a dual engagement of shaping ‘ definitions of “Hispanics” that meet both the expectations of their corporate clients and those of their prospective audience of consumers’ (ibid: 7). They, of course, also have the power to cement singular representations as ‘the reconstitution of individuals into consumers and populations into markets are central fields of cultural production that reverberate within public understanding of people’s place, and hence their rights and entitlements, in a given society” (ibid: 2). As such, the tropes of family orientation, spirituality and nostalgia all reverberate to the American public but also to the Latino population who must absorb them for fear of disrupting the system’s convenient typology – the measuring of one’s soul by the tape of world that looks in – and be see as inauthentic which would lead to even greater marginalization. Labelling theory would here connote the suggestive powers of such embodiment of expectations, who are furthermore traced with behavioural indexes. For example, spirituality and collective orientation effectively alienates Latinos from Anglo-American individualism, ‘in turn associating (them) with an inherent conformism and lack of individual ambition’ (ibid:100). Similarly, the ‘dual portrait of Latina women as virgin or whore’ (ibid: 131) systematizes the reduction of women from an entire continent – though fetishisation or denigration – as unfit for professional life. Interestingly, the niche African-American market is comparatively inexistent – setting apart a few beauty products by way of which black women can achieve a “whiter look” (skin bleaching, hair straightening etc), and unfortunately more employable as a good résumé is often overcome by a full head of natural hair. Apart from this, their non-existence as an ethic market is partly due to the economic opportunity they represent as trendsetters and partly because the conservatism of the heritage-centred fantasies applied to Latino or Asian markets are unavailable, for obvious slave-related reasons. If these stratagems seem unassailable it is because they are rooted in American conservatism as it is ‘the general inability to consider racial and ethnic and sexual “minorities” as part of U.S. society that sustains marketers’ stubborn insistence on the fiction that the general market, like U.S. society, is white, heterosexual and ethnically untainted’ (ibid:219). I argue that it is anthropology’s duty to help redeem such misrepresentations.

In ‘Writing Against Culture’ (1991) Abu-Lughod criticized Clifford and Marcus for neglecting feminists and “halfies” ‘people whose national or cultural identity is mixed by virtue of migration, overseas education or percentage’ (1991: 466), hence including Du Bois and Davila’s subjects, in their collection Writing Culture (1986). Her premise is that culture is defined by its participants, in Ardener’s sense of dominant group, and that consequently accepting to writing within it is paradoxical to the project of empowerment and understanding of those standing on ‘shifting grounds’ – the double-conscious. Indeed, ‘feminists and half anthropologists cannot easily avoid the issue of positionality’ being themselves the product of crises of ‘selfhood or subjecthood’ (1991: 468) and whereas cultural anthropologists have never been fully convinced of the ‘ideology of science and the definition of objectivity (…) they still seem reluctant to examine the implications of the actual situatedness of their knowledge’ (1991: 468). Furthermore, the hypocrisy of these unresolved ideals is apparent in the objection made to feminist and ‘halfies’ anthropologists in relation to partiality, ‘betraying the persistence of ideals of objectivity’ (1991: 468). The result is that their ‘split selves (…) travel uneasily between speaking « for’ and speaking « from »’ (1991: 470) or in other words the face the strife of attempting to ‘merge (their) double selves into better and truer self’ (Du Bois, 1994: 2).

Abu-Lughod does not stop short of diagnosis and proposes three modes of writing against the “othering” processes of culture. These projects, theoretical, substantive and textual, are available to anthropologists whose practice do ‘not simply shore up global inequalities’ (1991: 472). The first refers to discourse and practice, as associated with Bourdieu and herself respectively, which ‘allows for the possibility of recognizing within a social group the play of multiple, shifting and competing statement with practical effects’ (1991: 472). The second is more a ‘political project than an existential one’ and is concerned with the reorientation of the ‘connections and interconnections, historical and contemporary between a community and the ethnographer (…) asking questions about the processes by which it came to pass that people like ourselves could be engaged in studies of people like those’ (1991: 472-3). Thirdly and perhaps most importantly, she stresses the importance of ‘ethnographies of the particular’ following a Geertizian tradition which would necessarily subject ‘the most problematic of connotations of culture: homogeneity, coherence and timelessness’ (1991: 476).

In conclusion, W.E.B’s notion of double consciousness is not only relevant to ethnographers but failure to incorporate it does denigrate the quality of their studies. Indeed, its importance yields from its pervasiveness: its denotes the mental processes of identity negotiations of the oppressed majority both within the discipline and on the field. I strongly believe that given the political nature of such representations, anthropology can no longer seek impartiality as not working in the advantage of these groups amounts to working against them. Abu-Lughod’s insight is non-exhaustive and provides a good base from which to build a practice of anthropology that ‘aims to secure a recognition that the non-Western is as crucial an element of the human as the western, and thus is sceptical and critical of Western claims to knowledge and understanding just like Feminists politics is directed toward securing the recognition that the feminine is as crucial an element of the human as the masculine’ (Mascia-Lee and Shapre, 1989: 8)

Dav̀ila, A. M. (2012) Latinos, Inc: the marketing and making of a people, Berkeley: University of California Press